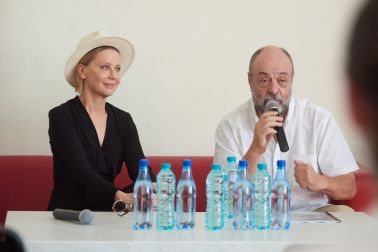 The premiere of Frank Wedekind’s play Lulu will take place on Friday, September 6, at 7:00 pm. The production was directed by Enikő Eszenyi, the director of the Budapest Vígszínház, this being her first Cluj staging.

During the press conference preceding the aforementioned premiere, Gábor Tompa spoke with the creators of the production, emphasizing the fruitful relationship between the Hungarian Theatre of Cluj and the Budapest Vígszínház over the years.

Speaking about the play, Enikő Eszenyi underlined the topical nature of Wedekind's drama: “Lulu is a very special piece, made exceptional by the humor, eroticism and dramatic flair employed. I consider it to be one of the most important works of world literature. Through the fate of a woman, the play addresses issues that are relevant even today. There are few authors who can outline in this manner a female character, as well as the men surrounding her. I am well acquainted with the company’s artists, so it is a great pleasure for me to be able to create this production with them."

According to the dramaturg Róbert Vörös, Lulu is "the creation of a young man who denotes a deep human knowledge; a creation that speaks of misery, wealth, malice, arrogance, the power of money, vulnerability, stupidity or hardened nature of men, about the destructive power of desire and about women."

At the press conference, Gábor Tompa also announced the premieres of the 2019/2020 season. After the premiere of Lulu, on November 19 the premiere of Mother Courage and Her Children will follow, directed by Armin Petras, an event that will open the 18th edition of the Union des Théâtres de l'Europe Festival. The third premiere of the season, Susan Sontag’s drama Alice in Bed, will take place on December 14, under the direction of Dorka Porog. In February 2020, the premiere of the musical Fiddler on the Roof follows, staged by László Béres, while in April, Radu Alexandru Nica will direct the play Pool (No Water) by Mark Ravenhill, performed in the theatre’s Studio Hall. The season ends in June, with the premiere of the Hanoch Levin’s play Job’s Passion, directed by Ilan Ronen.

The highlight of the season will be the 18th edition of the Union des Théâtres de l'Europe Festival, which will take place between the 19th and 30th of November. The event lasting approximately 12 days, will include thirteen productions presented by the member theaters of the Union des Théâtres de l'Europe, productions staged by directors such as Michal Dočekal, Gabriele Vacis, Andrei Șerban, Enikő Eszenyi, Nuno Cardoso, Margarita Mladenova and Frank Hofmann.

Tickets for the premiere of Lulu and the season’s other productions can be purchased at the theatre’s ticket office, as well as online at www.biletmaster.ro. 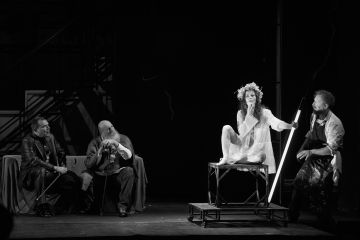 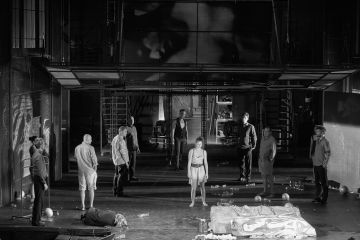